The impact of economic sanctions on audit pricing

This study extends the literature on the association between business risk and audit pricing by exploring the economic sanctions of 2014 imposed by the Western community on Russia. The sanctions targeted predominantly Russian companies with state ownership, potentially leading to increased business risk for these companies. I find support for the notion that, post-2014, audit fees increased in the case of Russian state-owned companies. This evidence suggests that auditors passed on costs, arising from sanctions-driven increase in audit risk, to their clients. Further, the Russian government responded to sanctions by encouraging state-owned companies to terminate their audits conducted by auditing firms with foreign capital and/or foreign partnerships—Big 4 firms—meaning these firms were likely to lose their lion’s share of the Russian audit and consulting revenues. Nevertheless, I do not find evidence that Big 4 firms started to offer services at a discount to retain lucrative contracts with leading Russian companies. In contrast, the results indicate that Big 4 firms charged companies with state ownership higher fees for their audits, following the imposition of sanctions.

This study extends the literature on the association between business risk and audit pricing. Much of the prior research on the relationship between auditor-client business risk and audit fees focuses on whether a client’s exposure to a higher litigation environment or a client’s risky conduct would result in higher audit fees (Bell at al., 2001; Kim et al., 2010; Lawson et al., 2019; Lyon and Maher, 2005; Seetheraman et al., 2002). I rely on a unique setting that, to the best of my knowledge, has not been explored in prior research as the source of increase in clientauditor business risk, namely economic sanctions imposed on select Russian companies by the Western community in 2014. This unique geopolitical event provides an opportunity to examine whether the unexpected increase in business risk for a subsample of public companies—those with state ownership—was reflected in audit fees. I predict and find support for the notion that the audit fees of companies with state ownership, as opposed to those of other companies, increased following the imposition of sanctions…

In this study, I addressed an important and timely question of whether auditors would adjust their audit fees following the imposition of economic and political sanctions on the select Russian companies, predominantly those with state ownership. After the first wave of sanctions was introduced in April 2014, Russian companies with state ownership fell under enhanced scrutiny by the financial community, and their business risk increased. I predicted and found support for the positive association between an increase in client-auditor business risk and audit fees in the case of state-owned companies. After the first wave of sanctions, there was a call to ban Big 4 auditing firms from conducting annual audits of state-owned companies. Experts believed that this would likely result in the loss of a significant share of auditing and consulting revenue for Big 4 firms and that they would start offering discounted services to retain contracts with Russian leading companies. Nevertheless, the findings do not support this prediction, and I find that Big 4 firms started to charge higher fees in the case of state-owned companies post sanctions. This is consistent with greater reputation concerns and higher litigation risk of Big 4 firms compared to their smaller counterparts, as documented in prior research… 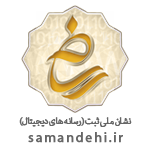